Watlow, an industry leader in the design and manufacture of complete thermal systems, recently introduced FLUENT, a small, lightweight, high performance in-line heater ideal for use in fluid heating applications across a wide range of industries such as medical, analytical, foodservice equipment and semiconductor.

FLUENT can replace a traditional immersion-type heater or a heater wrapped around a tube as part of a thermal system. It is designed as an integrated solution that replaces multiple components in a system resulting in a reduction of overall system cost and complexity.

“We compared FLUENT to both traditional circulation heaters and cast-in heaters and have demonstrated a significant reduction in size and weight,” said Andy Selvy, Watlow chief system designer. “This reduction can help our customers maximize the performance of their system while reducing their costs. There isn’t anything else like this on the market.” 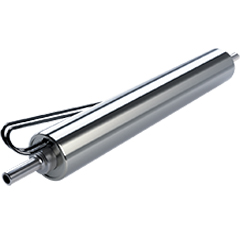