Summer Fusion will be held on 星期六, 八月 20, 2016. It will be located on the rooftop terrace at Independence Center’s Clubhouse in the Central West End. SqWires will provide the food and beverages for the evening, and Letter to Memphis and Diamond Empire Band will provide the music. In addition, guests will have a chance to win a diamond from Genovese Jewelers.

All proceeds from Summer Fusion will directly benefit Independence Center programs and services. Internationally recognized for rehabilitating and integrating adults with mental illness back into the community, Independence Center works to restore the lives of those diagnosed by providing assistance with employment, education, wellness, housing, psychiatric services and a day program that focuses on work-readiness and building community.

The Young Professionals of Independence Center are a group of professionals with a common goal to build awareness for mental illness in the St. Louis community, raise crucial funds for the

“Watlow recognizes the important work of the Independence Center, and we appreciate that the group is hosting a fun event to benefit the organization,” said Peter Desloge, Watlow chairman and CEO. “We are proud to sponsor the evening.” 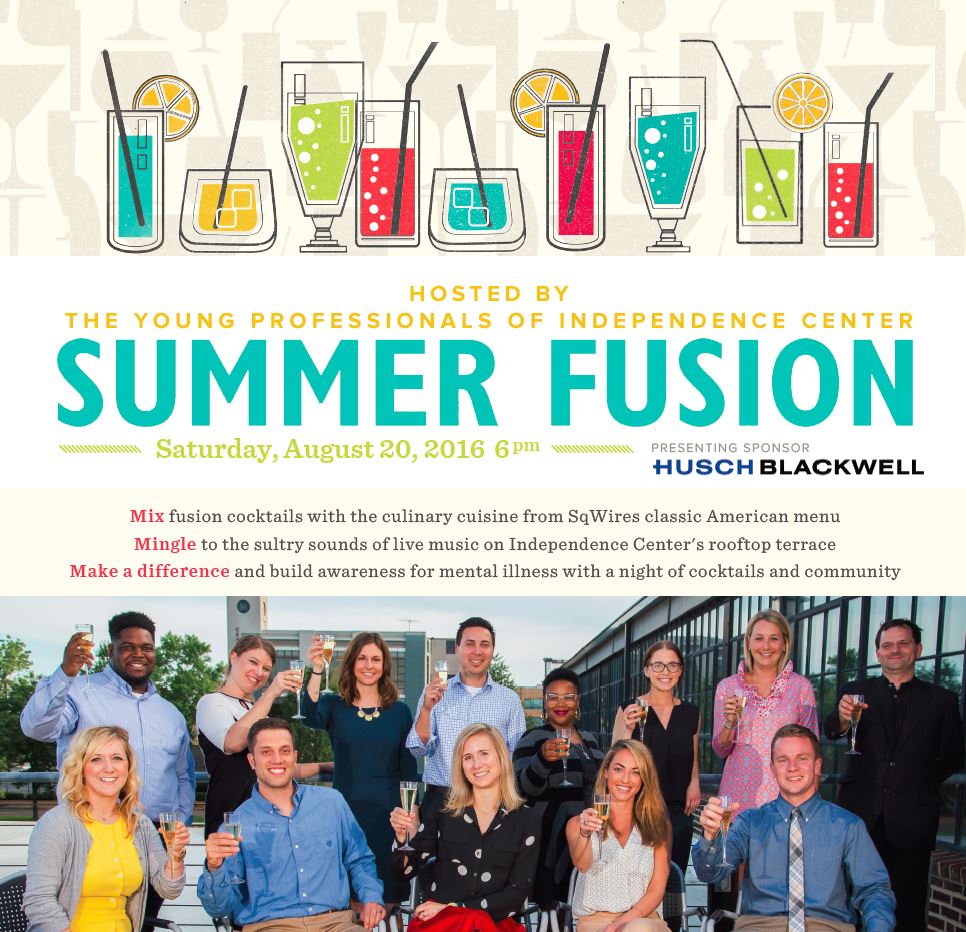